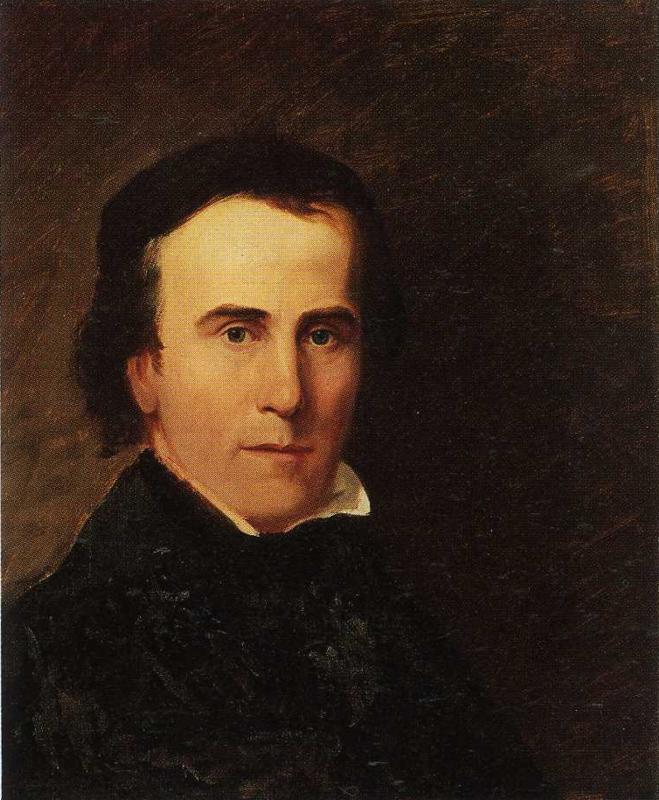 How many of you have ever heard of painter Thomas Cole? Though he’s not a household name, he was the founder of an American landscape art movement known as Hudson River School–a 19th century movement known for realistic, detailed paintings that featured pastoral areas along the Hudson River Valley, for they symbolized their ideal world of peaceful coexistence. In 1825, he rode a steamship up the Hudson River to the eastern Catskill Mountains in New York where he hiked and painted landscapes of the area. Cole produced Lake with Dead Trees, A View of Fort Putnam and The Falls of the Kaaterskill that year. Cole’s most famous artwork is the five-part series known as The Course of Empire, which features paintings he created between 1833-1836. The first painting portrays Cole’s ideal, pastoral world with each subsequent painting displaying the creation, destruction, and decay of a Greco-Roman metropolis. Cole would paint well into the 1840s. His last known paintings are Cross at Sunset and The Good Shepherd which were completed in 1848, the year he died. Luckily, the movement did not stop. A second generation of painters created artwork that stayed true to the original form but now featured locations like the Maritimes, New England, the West Coast, and South America. This incarnation of the movement lasted till 1875.